Update 08062007: Heather Cason from Breach confirmed over 300 people attended the party in 2 hours and sent over some pictures as well (see below). Apparently the club liked us so much they gave us some free champagne and a bartender show (which was hella cool).

The OWASP/WASC cocktail party was definitely a Black Hat highlight. Just about everyone in the webappsec world was in attendance having a great time. Somewhere around 300 people showed up completely filling the Shadow Bar and leaving line out the door. If the party were a conference, it probably would have been the biggest in webappsec history. The amount the industry has grown over only the last year is simply amazing and I’m happy just to be a part of it. Personally I got to meet several people I had only known online and many new names I had not. We shared (a lot of) drinks and interesting conversation. We gotta do this again next year!

I'll post some of my pictures shortly. If you have pictures of the part please email them to me, flickr them, or post a link below.

Thanks so much to Breach Security for sponsoring the event and Heather Cason for coordinating the logistics. We could not have done it without them. Also special thanks to Robert Auger, Anurag Agarwal, Jeff Willams, Tom Brennan, Kevin Overcash, and Ofer Shezaf for pulling together an helping out as well. 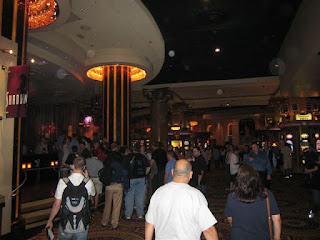 Leading up to the bar, tons of people inside and lining up to get in. 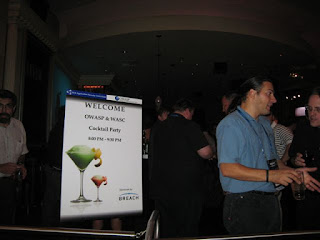 Dinis Cruz playing the door man. No just kidding. I think he was actually talking to me and explaining the fine art of shadow dancing, but I'm cut off on the right. 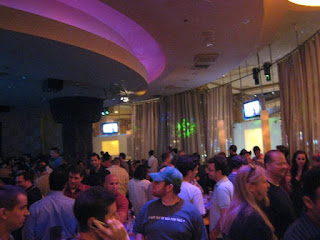 The shadow bar is filled with webappsec geeks. 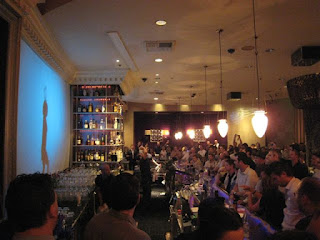 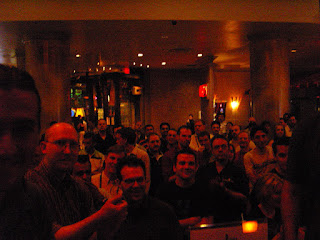 The line out the door 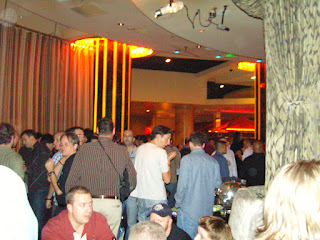 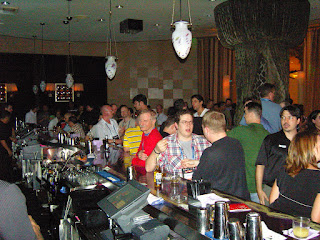 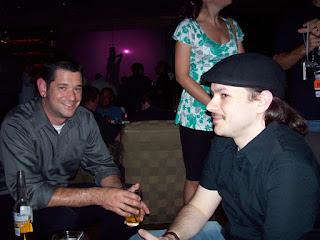 Robert Auger in his classic Clark Kent pose, but Jeremy knows whats up.

Posted by Jeremiah Grossman at 2:26 PM

Actually I think that Dinis is very animatedly talking to me. You would be higher than him.

Darn I missed everyone. Sounds like no one was there to ensure people got into trouble in a style appropriate to Vegas.

Kind of like I predicted -- I stayed home to hold down fort, and all was quiet. Surely if I'd gone something woulda come up @work.

I betcha I would not have gotten sick if I'd been in Vegas. Much healthier there. :)

So -- next year I will strap in and do it right.

Hello to all, sorry I missed such a big gathering! I'm jealous, of course...

Ofer, oh yah that right. That must have been Dinis's special place. :)


Arian, indeed man. You missed a great opportunity for some devilish fun as only you could create. :)