Symantec and Mitre agree, its all about the web apps 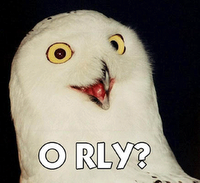 The information security world is buzzing with web application security news. Headlines pour in daily about web worms, intranet hacking, JavaScript Malware, Hacking AJAX websites, XSS vulnerabilities published openly on major websites, and the open source WAF ModSecurity being acquired. It’s a lot to keep up with. Two years ago we were amazed to see an article a month, and if they were back-to-back we said, “look a trend”! Now today Symantec releases their Internet Security Threat Report for the first half of 2006, teeming with web application security data. Inside there is some highly revealing knowledge and I’ll quote some of the interesting bits relevant to our space.
This is huge and something the experts have been screaming about for a while. Not only do web application vulnerabilities represent the vast majority of documented isssues, they are also the easiest to exploit! The report then starts to answer some questions as to why.

Sheesh, can it get worse?

Tell them what they own and what risks are on the horizon.

Hey! That’s what I do for a living. WhiteHat Sentinel, continuous vulnerability assessment and management for websites. Thanks for the validation Symantec! :)

Symantec also recommends that before any Web service or application is implemented, it undergo a secure code audit to ensure that it is not vulnerable to possible attack.

This tip needs more clarity. Every business critical web application should undergo a source code review. To spot things such as backdoors, nothing is better, but the question is how often. Personally I think source code reviews should be performed before an initial website launch and between MAJOR updates. Any more becomes highly cost prohibitive and in my humble opinion, vulnerability assessment offer better ROI.
Posted by Jeremiah Grossman at 4:12 PM