New Structure of the U.S. Government
http://thepaincomics.com/weekly041215.htm
Posted by Jeremiah Grossman at 9:24 AM No comments:

after the GGAFL Grand Finals links

brought to you by Dennis: Flower Shaped Urinals
http://www.clarkmade.com/show.html

What were the Google engineers thinking???
http://www.scruffydan.com/blog/2005/08/what-were-google-engineers-thinking.html

BloodyFingerMail
http://www.bloodyfingermail.com/message.php
Posted by Jeremiah Grossman at 6:28 PM No comments:

left over links from the weekend

Whats stranger. The fact that he's 7'9" or that he's from Mongolia?

Gizmodo Japan: Auto door
http://www.gizmodo.com/gadgets/gadgets/gizmodo-japan-auto-door-117256.php
Posted by Jeremiah Grossman at 11:42 AM No comments:

A link good enough to stand on its own

This link deserved an entry all by itself.

http://www.tummyfluff.co.uk/puzzles/jesus.htm
Posted by Jeremiah Grossman at 8:58 AM No comments:

the I don't know what to call these links

Ok, I'm not going to give this away with a title, but go see it.
http://www.pbs.org/wnet/nature/octopus/media_players_blue/shark_hi.html

Brought to you by Bill: Strawberry milk sausage sales set to sizzle
http://mdn.mainichi-msn.co.jp/national/news/20050806p2a00m0na029000c.html


Whoa, this guy has stamina. And more ammo to the games are dangerous argument for the fight against GTA

What Every Law Enforcement Officer Should Know About DNA Evidence
http://www.dna.gov/training/letraining/
Posted by Jeremiah Grossman at 8:49 AM No comments: 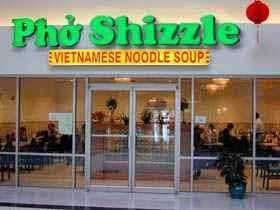 Posted by Jeremiah Grossman at 9:57 AM No comments:

Brought to you by Dennis: Ok, I've eaten just about everything I've come across at one time or another. But, this one is a different story entirely. I wonder where ones goes to try this.


Brought to you by Bill: The story was funny enough, but the writing style of the article just makes it that much more humorous.

Fisherman finds out he was speared by crocodile needlefish
http://starbulletin.com/2005/07/30/news/story4.html


Brought to you by Dennis: Cool use of Google Maps


Brought to you by Dennis: Sweet looking interface


It's about time the movie going experienced improved with some new tech.


Hey, we must give equal time to all crazy theories don't we?

OPEN LETTER TO KANSAS SCHOOL BOARD
"Flying Spaghetti Monster"
http://www.venganza.org/
Posted by Jeremiah Grossman at 9:37 AM No comments:

Another reason why Americans are fat
http://www.flickr.com/photos/matthews/273052/

Christianity
"According to the New Testament, especially the Gospels, Jesus, also called Christ, had the power to lay his life down and to take it up again, being both human and God as well as the Promised Messiah. Thus after the Crucifixion, Jesus was resurrected from the dead on the third day. This event is referred to in Christian terminology as the resurrection of Jesus Christ, and is commemorated and celebrated by most Christians each year at Easter.

As the resurrection of Jesus is one of the most important events for Christianity, there are many references to it in the rest of the New Testament. Both Peter (Acts 2:22-32) and Paul (1 Corinthians 15:19) argue that this event was the cornerstone of Christianity, and may be seen to some extent as providing witness to the resurrection independent of the Gospel accounts. Indeed, nearly every New Testament book speaks of Jesus' death and resurrection, a telling fact in that many were written independent of each other both geographically and socially."
http://en.wikipedia.org/wiki/Resurrection_of_Jesus


Mormon (The Church of Jesus Christ of Latter-day Saints)
"In the spring of 1820 when he was fourteen years old, Smith reported he was reading the Bible when he came across the following verse in the first chapter of the Epistle of James:

James 1:5 - If any of you lack wisdom, let him ask of God, that giveth to all men liberally, and upbraideth not; and it shall be given him.

Smith felt deeply impressed by this particular scripture, believing he needed guidance in choosing the proper church to join.

One morning, he went into a grove of trees (called "the sacred grove" by Latter-day Saints) behind the family's farm, knelt down, and began his first vocal prayer.

Almost immediately after starting his prayer, Smith reported a confrontation with a power he regarded as evil, which completely inhibited his speech. A darkness gathered around him, and Smith believed that he would soon be totally destroyed. He continued his prayer non-verbally, asking for God's aid, feeling hopeless and resigned to destruction. At this moment, he reported that a light brighter than the sun descended towards him. With the arrival of the light, Smith reported he was delivered from the evil power.

In the light, Smith "saw two personages standing in the air" in front of him. One being pointed to the other and stated that this was his "Beloved Son." (Smith reported that the two beings were God the Father and Jesus.) As Smith again could speak, he asked to know which religious sect he should join. Smith claimed he was told that all existing religions had been corrupted from Jesus Christ's teachings. (See Great Apostasy.)

In the years following this First Vision, Smith claimed to have received more instructions from God, some of which were given through messengers such as angels. Eventually, Smith and five others incorporated what would become known as The Church of Jesus Christ of Latter-day Saints."
http://en.wikipedia.org/wiki/First_Vision


Jedi
Jedi Knights have gained official recognition as a religion in the UK Census 2001.
http://www.theregister.co.uk/2001/10/09/jedi_knights_achieve_official_recognition/

"The Jedi Knights were an order of individuals who had the ability to touch and work alongside the Force, shunning its dark side. The order began tens of thousands of years before the rise of the Galactic Empire. Many ancient and semi-legendary organizations have been proposed as the forerunners of the Jedi Order, such as the Order of Dai Bendu or the Chatos Academy, but no conclusive links have ever been shown. Likewise, the birth planet of the order is unknown. There are many candidates, including such known worlds as Coruscant, Ossus, Corellia, and Utapau, as well as mythic, lost planets such as Had Abbadon, and Ondos."
http://en.wikipedia.org/wiki/Jedi


Scientology
"In Scientology doctrine, Xenu is a galactic ruler who, 75 million years ago, brought billions of people to Earth, stacked them around volcanoes and blew them up with hydrogen bombs. Their souls then clustered together and stuck to the bodies of the living, and continue to cause people problems today. These events are known to Scientologists as "Incident II," and the traumatic memories associated with them as The Wall of Fire or the R6 implant. The story of Xenu is part of a much wider range of Scientology beliefs in extraterrestrial civilizations and alien interventions in Earthly events, collectively described as space opera by L. Ron Hubbard, the founder of Scientology."
http://en.wikipedia.org/wiki/Xenu

"In Scientology doctrine, body thetans or BTs are the ghosts of the victims of a genocide perpetrated 75 million years ago by Xenu. Having lost their individual identities, BTs are believed to attach themselves to and identify with humans, becoming part of their "reactive minds"."
http://en.wikipedia.org/wiki/Body_thetan
Posted by Jeremiah Grossman at 1:42 PM No comments: